On March 21, 2018, approximately 125 participants gathered at First Baptist Church, Highland Avenue, in Winston-Salem, North Carolina to discuss the issue of gun violence and mass shootings currently plaguing our nation. Sponsored by First Baptist Church and Wake Forest Baptist Church, members of both congregations were joined by community members from Winston Salem State University, Wake Forest University, Carver High School, Mt. Tabor High School, and numerous other congregations and organizations around the city. Participants were asked to consider three different perspectives which might be employed to remedy this issue: Reducing the threat of mass shootings by stronger restrictions upon the buying and selling of weapons; Equipping people to more easily protect and defend themselves, their homes, and other public spaces; Confronting the prevalence of violence in our society which can numb people to its effects and affect attitudes and behaviors toward others. The goal of the deliberation was not to “solve” the problem in one setting, but rather to consider the issue, especially as it pertains to our community; to listen to individuals from as many different perspectives as possible to discover if there might be common ground for action among us; and to empower people to act and to confront their responsibility to do so.

A larger goal was to re-establish a long-standing relationship between two congregations in a shared mission. Reverend Paul Ford of First Baptist and Pastor Lia Scholl of Wake Forest Baptist emphasized that hope in their opening and closing remarks of the evening and reminded participants of the collaboration that had created the deliberation event: Sixteen Moderators and Recorders (their names can be found at the conclusion of this report) from both congregations and both universities had undergone 2 ½ weeks of training; administrative staff from both congregations managed advertisement, registration, and logistics; volunteers from First Baptist cooked and served a delicious meal to a number of folks that, as the deliberation approached, vastly exceeded original planning. The success of the event was clearly due to the efforts of many.

One of the features of the National Issues Forum Institute model is that relevant comments of participants are captured by the recorder assigned to each group. While the report that follows does not attempt to analyze the totality of all words uttered on the evening of March 21st, what it does do is to capture the action steps that each group favored and to report the major themes that emerged across all participants. This accounting is important for several reasons: 1) it enables participants to see concrete outcomes from an evening of talk; 2) it reveals where the hearts and minds of local citizens are, apart from political commentators and media; 3) it gives us as a community a practical, realistic place to start to address a serious problem that faces us.

When the major actions favored across adult groups were tallied the most significant were:

Personal growth and accountability: recorded when a group member suggested what one individual could do to adjust attitudes and beliefs in such a way as to address the problem at hand. Examples were: “broaden our perspectives;” “develop more compassion;” “attend to our spiritual lives, e.g., reading the Bible, prayer;” “think more creatively;” “be courageous and fearless.”

Attention to politics and politicians: recorded when a group member urged more citizen involvement in political processes. Examples were: “contact legislators;” “educate oneself on the issues and the candidates;” “hold politicians accountable;” “run for office;” ”put pressure on the Government.” However, the political remedy more often suggested repeatedly across groups was the importance of Voting and helping others to Register and get out for the vote.

Hold more deliberations and adopt better communication practices: recorded when a group member mentioned the value of public discussion and/or suggested improvements in the ways that we normally talk to one another about difficult issues. Examples were: “support these kinds of dialogues;” “speak your mind on issues of injustice, racism, and violence;” “dialogue in different settings, e.g., a gun range;” “listen more;” “speak up for Christianity;” “communicate.”

Community engagement: recorded when a group member suggested actions that promote respect for and cooperation with others. Alongside the adjustment of individual attitudes, this strong theme urged pro-actively building “bridges” with our neighbors. Examples were: “get involved at the local level;” “promote rallies and protests;” “engage the community;” “respect one another;” “get to know your neighbors;” “volunteer;” “promote programs in our schools;” “change the culture so that all will be valued.” The largest sub-category of community engagement across groups was to advocate for “joining action groups” and “supporting folks who walk for causes.”

Gun violence and mass shootings: recorded when there was any direct reference to this subject. When the central theme was addressed by group members, many participants favored “banning assault weapons;” “closing loopholes;” “improving background checks;” and “reigning in the gun lobby.” Rarely mentioned as action steps were addressing mental health issues and media violence, and no action step was recorded that suggested “arming teachers” or “hardening schools.”

Youth’s unique perspective: The group devoted exclusively to young people created action steps that very much mirrored their adult counterparts, especially where personal accountability and community consciousness were concerned. Examples from the youth were: “be more friendly, so that others can come out of their shells;” “students should care more;” ”stand up for people who are being bullied;” “more understanding of peoples’ life experiences.” The primary distinction between the youth and adult participants was not a surprising one: there was more external attribution in youth proposals, indicating that they felt that they lacked some of the power that adults have, given their age, to actually affect the changes that they hoped for:   for example, “don’t tell people right from wrong, but let them decide for themselves;” “more mentors;” “give young people information to help them make personal decisions;” and “decrease fear.”

Observations from the Deliberation data

At the Quarterly Church Conference, we re-emphasized our commitment to continuing Deliberative Dialogue, with a request for each of the new councils to keep the momentum going. I, too, am committed to it-now more than ever-when I see the divisiveness of this election season.

Our own Jill McMillan and her cohorts are featured in the newest issue of Wake Forest Magazine in an article entitled “The Making of Future Citizens.” The opening paragraph is:

Did you hear the news-good news-from Wake Forest about politics? It’s worth broadcasting as a signal in the frenzied static of this presidential election year filled with rancor. A study by three professors shows that for students who learned the theory of deliberation to enhance civic engagement, the effects were still present 10 years after graduation.

Congratulations, Jill. And you to, Wake Forest Baptist Church, let’s continue in our quest to practice deliberation and offer it as a resource to our community.

I love you, and I love being your pastor. 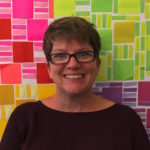