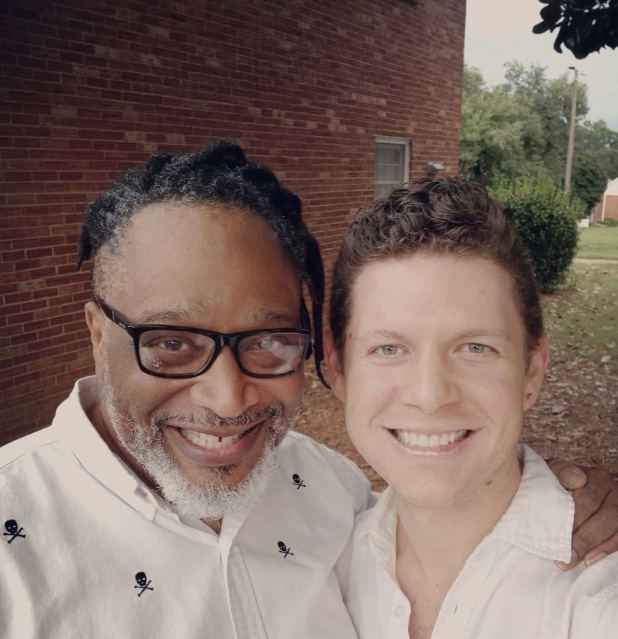 Leonard Rowe (he/him/his) is a baritone from Frederickburg, VA.  He is a graduate of the North Carolina School of the Arts and also attended Elon University. Leonard has performed with many Symphonies and Opera Companies here in the United States including several seasons at New York City Opera and The Buffalo Philharmonic and Peter Nero and the Philly Pops.  He also had the opportunity to work with the great Fred Waring and his Pennsylvanians. Leonard has also sung in Europe including Germany, The Netherlands, England, Sweden and Belgium.
Jonathan Blake Borton (he/him/his), a native of Winston-Salem, North Carolina, was a Vittorio Giannini scholar at the University of North Carolina School of the Arts High School Division. He received his B.M. (magna cum laude) in Piano Performance from Salem College where he studied with Dr. Barbara Lister-Sink. In 2006 Jonathan was soloist in Serge Prokofiev’s Piano Concerto No. 3 with the Greensboro Symphony Orchestra performing for 4,000 students. Concurrently he was featured soloist in George Gershwin’s Rhapsody in Blue with the Greensboro Symphony Orchestra Ballet. Competing in many competitions over the years, Jonathan won First-Prize in the 2010 North Carolina Music Teachers National Association Young Artists Competition, and as a result was invited to be a participant in the Tibor Varga Music Festival in Sion, Switzerland. Jonathan frequently collaborates with various choirs, solo vocalists and chamber groups in the Piedmont Triad and is the staff accompanist at Salem College."
To contact Jonathan Borton & Leonard Rowe, Musicians-in-Residence, please contact the office