One of my favorite Christmas movies is Elf, with Will Farrell. In one scene, Buddy the Elf is working at a department store in the Christmas section. His supervisor comes to tell him that Santa is coming the next day. “SANTA! OH MY GOD! SANTA’S COMING! I KNOW HIM! I KNOW HIM!” he yells.

Buddy the Elf then spends the night at the store getting ready for Santa, making paper snowflakes, a Lego™ cityscape, and turning the department into a winter wonderland. When the other employees return in the morning, they are amazed at the transformation.

I love Buddy the Elf’s excitement. Why can’t we get that excited about Advent? It’s a very holy season, one with a divine intent, to celebrate the advent, or the coming, of Jesus. But we never hear anyone as excited about Jesus coming as they are about Santa coming.

TODAY’S ADVENT ACTION: How about a prayer? Pray this with me:

God of all, help me to see that Jesus is the reason for the season, not as a slogan, but as the entering in of a powerful and yet despised way of living in the world. Help me to see that Jesus is ushering in a new kingdom, a kingdom of love and justice, and ushering out the old: a kingdom of fear and injustice. Let me know that I must change, to help usher in this new kingdom.

Many of my clergy peeps have related that the last few weeks in ministry have been among the most difficult in their pastorates. Folks are hurting, whether in shock over the election or fear about the future. Some folks are reeling from acts of hate that have been in the news, or have happened directly to them. Anxieties are heightened—will we lose gains we’ve made in LGBTQ rights? Will we lose ground in the availability of healthcare? Will the middle class suffer more economic blows?

But you have to layer that hurt and fear with the normal agonies that happen in our everyday lives. Burdens of illness and new diagnoses. Pets who have run away or died. Tests and classes that have been failed. Loves who have been lost. Deaths, whether by accident or injury or natural disaster. All the terrible things just seem to pile on.

And so this is Christmas.

You might be having a Blue Christmas. So this is just a gentle reminder to be gentle with yourself. Remind yourself that you have to have everything figured out. Take care of you. And ask for help. 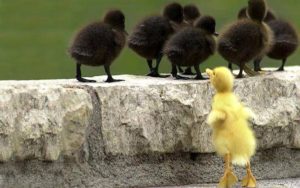 Here’s the outcome of the sermon I wrote about here.
On Friday, I shared this sermon with the good folks of the Friday afternoon worship service at First Baptist Highland Avenue. For those of you who don’t know, First Baptist Highland Avenue is a predominantly African-American congregation in East Winston. We turned it into a dialogical sermon, and I’m bringing back to you their thoughts.

I wrote an Advent devotional this week that suggested reading oppressed voices, rather than the white, cisgender, male voices that our media is so full of. I took my own advice to heart, but not without noticing that so many of the liberal voices I’ve been reading are still so down and depressed… Down. Sad. Angry. Even hopeless.

So taking it to heart, I read some other voices.

Like African American pastor Rev. Otis Moss, III, who wrote, “There is no strict line of demarcation between the existential weariness of a disenfranchised person of color and the sacred disciplines of prayer, worship, and service to humanity.”

And Cornel West, who said, many long years ago, “…we must delve into the depths where neither liberals nor conservatives dare to tread, namely, into the murky waters of despair and dread that now flood the streets of black America. To talk about the depressing statistics of unemployment, infant mortality, incarceration, teenage pregnancy, and violent crime is one thing. But to face up to the monumental eclipse of hope, the unprecedented collapse of meaning, the incredible disregard for human (especially black) life and property in much of black America is something else.”

Are you hearing a thread?

Tressie tells of an America where Black people are told, “You have to be hopeful.” But they are not. She speaks of an indelible hopelessness, not-quite-nihilism-but-so-close, that people of color live in. She expresses that liberal voters are afraid of “reversing Roe v. Wade and police surveillance to mob rule in public discourse and delegitimized claims to citizenship” but that people of color have been experiencing these a long time.

Here I asked First Baptist, Highland Avenue folks, “Is this your experience?” They nodded their heads. And then they spoke.

They spoke of the not-surprising-but-painful results of the election.

They spoke of the terror they were feeling with white supremacists in power, at least two in Trump’s cabinet.

One gentleman said that the only time he felt accepted by White men was when he was in the jungles of Vietnam.

One woman expressed that Black people have always had to settle as they’re told to accept their situation and unite under White agendas.

They said White people voted because they wanted their specific needs and wants met, but they didn’t care about the needs of others.

Our text is from Joel today. Make you no nevermind. Joel, too, lived with that hopelessness… In fact, Joel is a difficult book to date—there are so many moments in the life of Israel that could have been so hopeless. The hopelessness that the people feel in the midst of awful things, that’s what Joel is answering.

Then in those days I will pour My Spirit to all humanity;
your children will boldly and prophetically speak the word of God.
Your elders will dream dreams;
your young warriors will see visions.
No one will be left out.
In those days I will offer My spirit
to all servants, both male and female.

God’s goal: No one will be left out. Now… How do we make it happen?

One of my dearest friends called me on Thanksgiving Day. She’s a Rabbi, and her husband is a Rabbi, too. She asked, “Is this the apocalypse?”

As we talked about the election, and the anti-Muslim, anti-Jewish, anti-LGBTQ, anti-woman, anti-Black, anti-Latino rhetoric of the last months, and the very present acts of racism, xenophobia, anti-LGBTQ, and anti-woman that have happened in these short weeks, she told me a story.

The day after the election, a church just outside of Madison, WI, where my Rabbi friends live, delivered flowers to their synagogue. Alongside was a note that said, “Please know that you are loved and cherished. You are not alone.”

The prophet Joel tell us, “No one will be left out.” Some may believe that Joel is describing the coming times. I choose to see it as a commandment.

No one will be left out.

TODAY’S ADVENT INACTION: I hope you’re enjoying a Sabbath today. If you haven’t made it this far, try for just a few minutes. 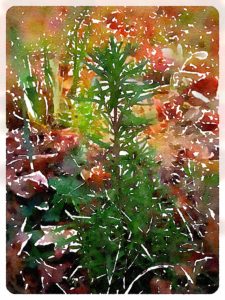 Walter Brueggemann in Sabbath as Resistance: Saying NO to the Culture of Now says, “Sabbath-keeping is a way of making a statement of peculiar identity amid a larger public identity, of maintaining and enacting a counter-identity that refuses ‘mainstream’ identity, which itself entails anti-human practice and the worship of anti-human gods.”

Now, more than ever, it’s time to refuse a mainstream identity.

So how do you stay prepared for that? Note that I said “stay,” not “get.” It’s going to be a long, bumpy ride! And we’ll need to stay prepared.

TODAY’S ADVENT ACTION: Make a plan for Sabbath. Can tomorrow be your Sabbath? If you can’t do a whole day without work, can you take a few hours? Do something that you love. Do something with someone you love. And try not to make anyone work—including yourself.